England enjoyed success at the FIFA 2018 World Cup in Russia finishing in the top four. They fielded the second youngest squad alongside France, who went on to win the World Cup. Both these respective teams had a strong Multicultural set-up with France winning the World Cup in 1998, in this similar fashion against Brazil. England, had only recently fielded this truly multicultural team, in 2018.

The Multicultural Football Conference is aimed at celebrating multiculturalism in this Football environment, with leading speakers from around the world sharing their opinions on this matter. Many will be leaders within the entertainment industry we all refer to as Football (Soccer) and others are termed as the foot soldiers who just play the game on a weekly basis. The opportunity to debate the “Beautiful Game” is now overwhelming; to learn from each other, share ideas and discover the real direction this global sport is going.

The Multicultural roots of Football are undeniable with even FIFA recognising that it was formed in China, as CUJU (Kick Ball). However, much later on Sheffield FC became the oldest Football Club in Britain and helped to form the present-day Football rules. The laws of the game were codified in England by ‘The Football Association’ in 1863.

The fact that many Football pioneers at the time were ethnic minorities somehow doesn’t seem to register with the average Football fan. Football is seen as a ‘White’ bastion sport in a historical sense, with previous far right political culture in the 60’s, 70’s & 80’s becoming a regular feature in the football terraces. In a certain football quarters there is nostalgia for racist politics, with Alt-Right politics rising through North America & Europe. Will this once again ever infiltrate the heart of our British culture, taking on board that Football represents a social fibre of British society?

Prince William, in a speech to celebrate his ten-year tenure, as The F.A President had stated; “Football is England’s national game, it is the part of the fabric of this nation, and to a large degree helps form England’s national identity”. This Football culture is so deep and intertwined, that many fans swear loyalty to club before country. This could be due to the lack of England’s success since 1966, or maybe their disconnected with the hierarchy, who may not reflect their culture or community.

The present England 2018 World Cup squad was celebrated for having a core team from Northern England and a far larger amount of Ethnic Minorities. This seemed to embrace a modern England, with a larger ethnic minority support base growing, that followed England more vocally. However, beneath the surface, there still seems to be criticism that there is still certain racism towards England ‘ethnic minority’ players. This was publicly aired by former player Ian Wright, whose continuous criticism aimed at England’s Raheem Sterling, for which he was branded as being ‘Racist’.

The Premier League is the most watched League in the world with money to attract some of the best players in the world, so are these Ethnic Minorities players only loved, if their team is winning? Like British Ethnic Minorities who are called English in success then foreigner from parent’s country of origin in defeat? This issue and a lot more will be discussed, alongside the role of the Media, and ‘FIFA World Cup 2022’. 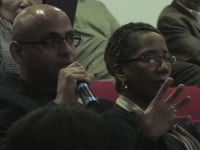 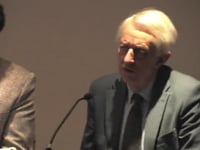 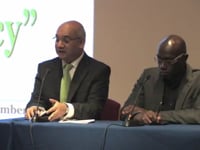 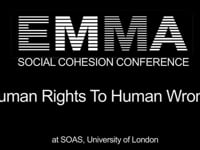