Mr. Bobby A. Syed founded EMMA (Ethnic Multicultural Media Academy) in 1997. Bobby realized that although Britain is a multicultural nation, this diversity is not reflected in the media industry. The EMMA Awards were created to recognise and honour humanitarian media excellence – a legacy that continues today. Bobby envisaged that EMMA could aid humanity’s progression by breaking down the silos of institutional racism and cultural ignorance. He set about enlisting visionaries within the media industry, inviting them to join the EMMA community and way of life. Individuals with strength of spirit and character were highlighted; in particular those whose achievements withstood the test of time such as Mahatma Ghandi, Dr Martin Luther King Jr, Bruce Lee, Muhammad Ali and Nelson Mandela. The message since EMMA 1997 has been clear: fifty years of multicultural Britain has left its indelible mark. This has sparked a cultural revolution, which has transcended race and class within a growing media industry, reflective of this global dynamism. Bobby believed that the lack of hope, contemporary role models, community spirit and core family values were beginning to take their toll on younger generations. He felt these values were fast being replaced by ignorance, racism and anti-social behavior. EMMA has since evolved into a global village with a true philosophy: Your character defines you, nothing else

EMMA Mission
EMMA is a 21st Century multicultural brand based on our growing 'Metropolitan' and 'Cosmopolitan' lifestyles within an urban environment. EMMA’s presence on the international stage has been a real achievement for everyone. EMMA places an emphasis on the work of ethnically diverse communities, celebrates our collective achievements and aids in the creation of positive new role models, regardless of their ethnicity, gender, age, religion, political affiliation or sexual orientation. As a Social Responsibility advocate, EMMA aids businesses and organisations in their quest to become pioneers of positive change by reflecting their commitment and honesty to the communities they serve.
EMMA History
Accordion Sample DesThe first ever Ethnic Multicultural Media Awards (EMMAs) were held on the 14th May 1998 at the Dorchester Hotel, Park Lane, London, and were hosted by Lisa Aziz (Sky News Presenter) and Darcus Howe (Broadcaster/Journalist). The awards were set up as an independent initiative without any hidden commercial or political agendas or direct influence with any active pressure group. After seven successful years the awards have maintained their political and commercial independence. The EMMAs are presently regarded as a prestigious statement of fact, outlining the positive contribution made by many individuals and organisations to the most powerful industry in the world (the Media) and has grown successfully since our independent conception in 1997. We were also very careful to maintain a healthy working relationship with all the political and commercial organisations to encourage inclusiveness, working alongside their distinct interests within this unique ethnic / multicultural market in the UK and beyond. EMMA has recognised and celebrated some of the world’s most prominent multicultural figures with the EMMA Lifetime Achievement Award. Prestigious recipients of the award include Muhammad Ali who in 1999 supported our initiative with the following statement, "As in the United States, Britain is lucky to draw from the talents of a community rich in ethnic diversity." Other Lifetime Achievement award winners include Ray Charles and Maya Angelou (2002), Stevie Wonder (2003) The UK EMMA Awards has attracted millions of television viewers domestically on terrestrial television and worldwide viewers through the Internet and digital broadcasting, embracing the achievements of celebrities, and leading politicians, witnessed by ambassadors and senior diplomats from over 50 embassies who endorse and represent the philosophy of EMMA that led them to vote for the UK to host the 2012 'Multicultural' Olympic Games at the 2005 Olympic bid. This was in a clear recognition that Multiculturalism publically existed through EMMA’s own work that started in 1997 – beyond the previous “Middle England” tagline that because an exclusive term reflecting previous "Colonial" culture creating a "Urban Ghetto" myth.cription
EMMA Video Clips 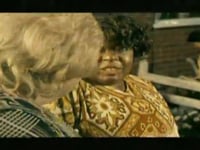 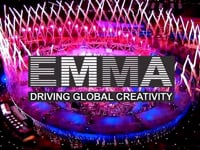 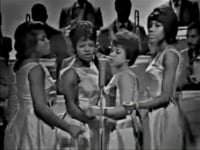